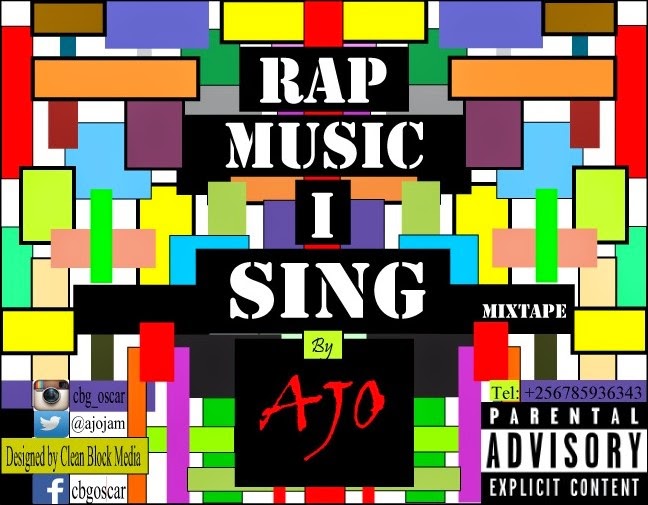 Born to a Dr. Atai Anne and Mr. James Okaali. Ajo has established himself as a vibrant and outspoken rapper with an impressive emulsion of wit, literacy and character in his lyrics a skill which has led many to describe him as an intersection of hip hop talent.
Ajo’s ambition and love for music predates his initiation into the hip hop fraternity, “he always loved music, as a child he used to wake everybody up early in the morning with his humming or chanting away to some orchestra in his mind” – Dr. Atai Anne.

Ajo started listening to hip hop music round the age of 12 shortly after his primary school. He fell in love with the message, the attitude, the freedom, the intricacy and the respect this genre of music commanded. It was during this time that he started to write cover versions to his favorite hip hop songs and gradually he developed his lyrical skill.

In his high school, AJO together with a few of his school friends formed a music group they called Clean Block Gang (C.B.G). Ajo and his peers strongly worked on their music and content development, “he wrote lyrics on almost everything; his locker, his book covers, his jean trousers and every piece of paper he could find” – Abel lubulwa (member of the C.B.G).

Ajo went further to record a couple of songs like; Rap music I sing, Rap city, Take it down easy then he teamed up with one of the best music producers in Uganda, HANNZ TACTIQ, together with whom he did his first radio smash song, NEVER BACK DOWN on which he featured Lethal and Hannz tactiq himself. This song went on to enjoy radio streaming and made it to a music chart on one radio station, HOT 100.

Ajo didn’t stop there; he later got in touch with a former rapper turned producer, Joe Tumwebaze aka J.T founder of Yego productions, a record label and it’s here that AJO fully embraced his passion for a hip hop music career. Mentored by J.T, he mastered his craft and worked on his first music compilation titled “Rap Music I Sing”, a piece that takes the listener through an in-depth understanding of him as an artist and a human being plus an appreciation of his lyrical and content maturity.

AJO is definitely a must listen to artist with an ambition and talent enough to be the best rapper in Africa and probably cross continent.

Here is a download link to the Mixtape
http://www.audiomack.com/album/ajo/rap-music-i-sing-3