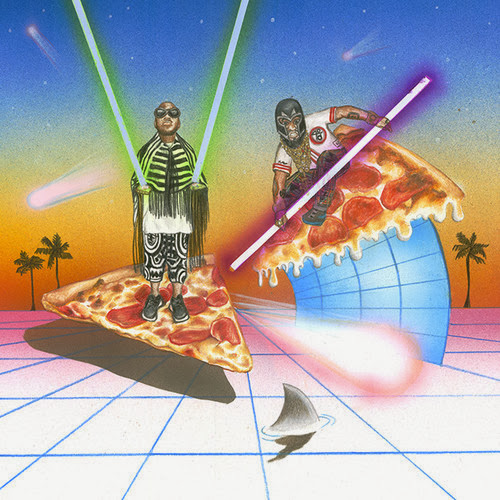 Spoek & Shamon Cassette present, Wave Crusher:
DOWNLOAD FULL MIXTAPE: www.sendspace.com/file/q5khsk
Wave Crusher is a collaborative mini-album by Spoek and Shamon Cassette - the pair sample and reassemble songs by the Pixies, Flume, Charli XCX, Queen and others on what they describe as their, “love letter to the original adventurous spirit of hip-hop”. Wave Crusher is free to download now, and the artwork and tracklist are included below.
Spoek – aka Spoek Mathambo – leads a new wave of post-apartheid African talent fusing Western styles and African influences within a global sound. Born in North Carolina, rapper Shamon Cassette joined the US army and served two years in Iraq before relocating to New York to become a fashion designer and musician.
Spoek headlines the following European live dates, which include
his only London show of 2013: