Blackfella from Mombasa on Afrihooop

Kenyan by Blood. 100% certified by KEBS. Got a Diamond mark of quality in being me. 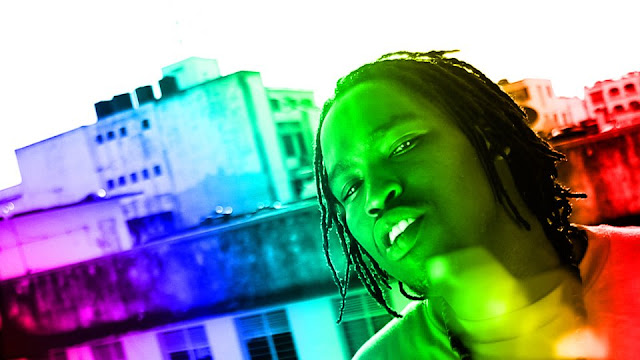 Blackfella also known as Martin Githaiga Is a Kenyan artist born and raised in the hoods of Mombasa.

His passion for Hip-Hop music began when he was young and it had been growing while he gets better
day by day. He began rapping in His early years of High school and His art grew as he perfected his game.

He first recorded a single”Ni Kazi Tunafanya” as a duo with his childhood friend Bab-Sule in 2008 which turned out to be very successful in the coastal region and later did “HIP-HOP music” before he went solo in 2009. He did his 1st solo project single featuring Leon on the chorus.

The single did very well in both the coastal region and Nairobi as it became very popular on fm stations and on the internet which he has much used as a Marketing tool so as to reach both national and international market.

He has gone further to record more songs and he has been featured in various projects e.g. KAMA SI SISI by Juliani which saw various artists come together and did a song “Kelele Kelele” which was about fighting impunity and corruption in Kenya.

He has also done single’s like Once Told, BMF (the Kenyan version), I know , Do ya thing by Stagnant ft Blackfella
Hypocrite by Hustla-JKay ft Blackfella and Champion by Mia ft Blackfella & Nje .

He is still going on strong with an ambition of changing the face of Hip Hop music in Kenya and East Africa as a whole.

Blackfella's 'Once Told' video was shot at Ganjoni Estate of Mombasa.
The video is graced with the best of Mombasa Rap - Producer NJE, Artistes Hustla Jay & Fikra TeuleFollow on twitter @blackfellamusic(c) 2012 iamthefuture.pro