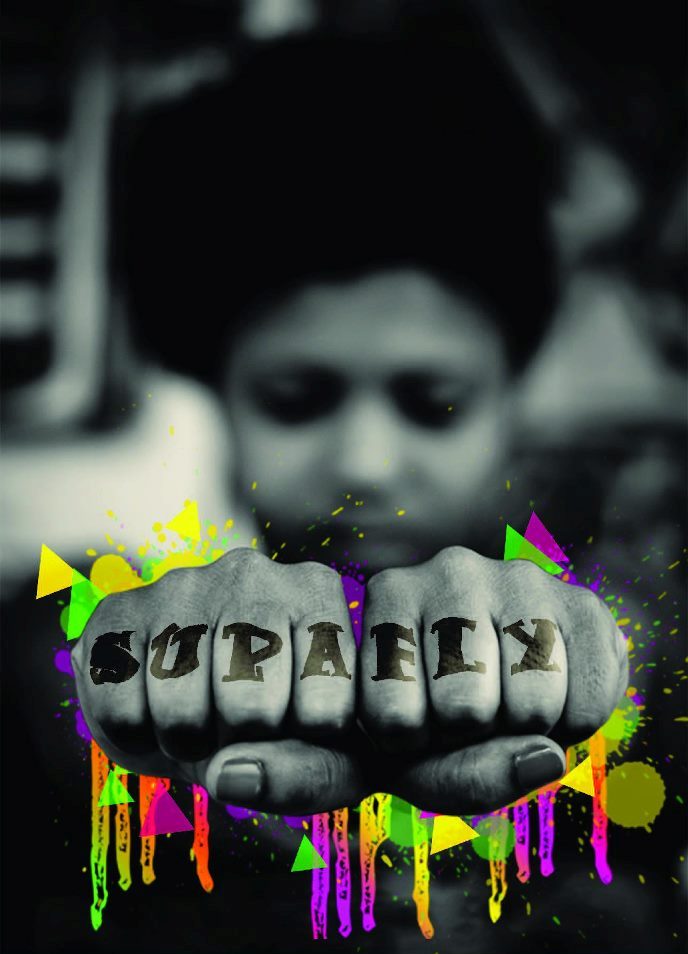 Lamont was in the studio! And provided us and our listeners some monsterbeats!
Born in the USA (Detroit, Michigan) he grew up in Germany and Belgium. He currently lives in Antwerp.
Lamont is known for his intricate DJ battles sets created in the late 90′s and early 2000′s, he won many national and international DJ titles.
Lamont produced 10 volumes of DJ tools that were sold the world over. These records were used by many (World) champion DJ’s.
He joined the Rodec R&D Department together with DJ Grazzhoppa in 2005 – 2006 to help them design the high-end dj scratch mixer, The Rodec Scratchbox.
Lamont continues to innovate today by using Ableton Live as a loop recorder/ drum machine in combination with turntables and several midi controllers.
Also, he is the initiator of the Senses Overloaded crew. In fact his last solo project carried the same name.
Senses Overloaded
Senses Overloaded is a collective of dj’s, producers and visual artists who create high quality alternative music, motion graphics and audio visual sets using state of the art hardware and software. The musical genres covered by Senses Overloaded are: hip hop, reaggae, dubstep, drum and bass, Balkan beats, funk breaks and electronica.
Visual Artist Blubvideo Junk and dj’s Beat Butcher, Cross, Grazzhoppa, Irie, Lamont and Odilon have particapeted in countless musical projects, championships, theatrical productions, product demonstrations and international tours during the years.
Senses Overloaded is always eager to innovate and to raise the standards.
More info on Senses Overloaded:
Website
Facebook

By Deejay Afreeka At 1:51 No hay comentarios: 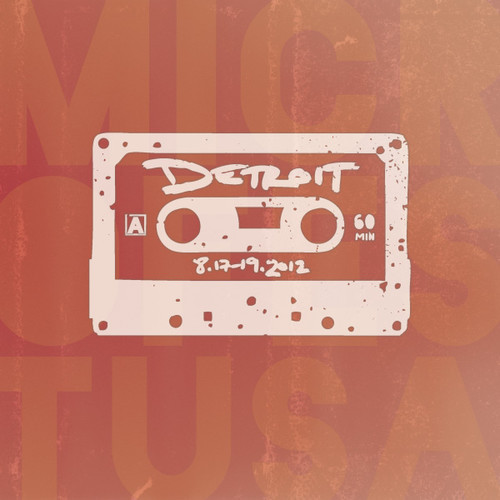 I'm featured on track 7 but this that Deetroit style w/ muzk & oral history & intervus...
By Deejay Afreeka At 23:44 No hay comentarios: 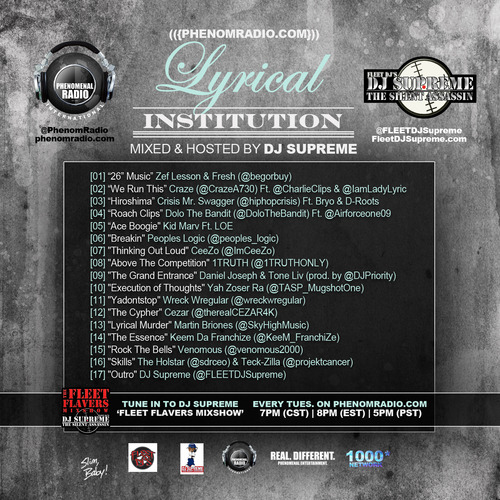 Lyrical Institution is a class of versatile Emcees who are true students with the Art of Hip-Hop. "In Bars We Trust." Presented by Dj Supreme The silent Assassin. 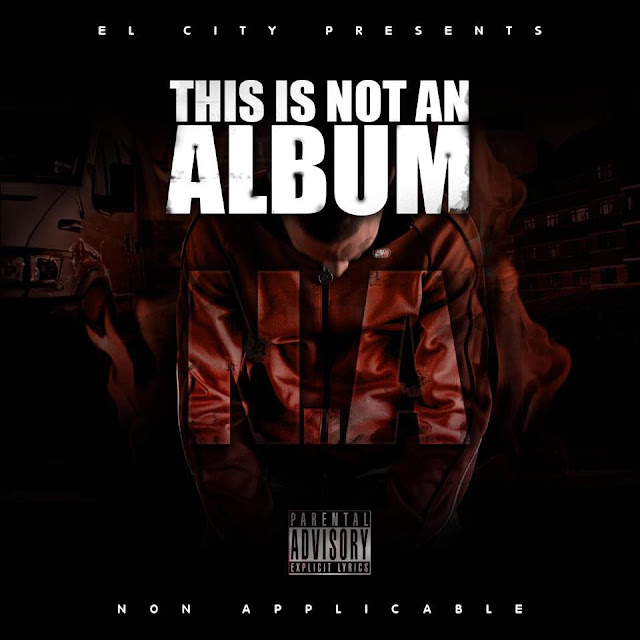 London born emcee Non Applicable recently dropped his debut release ‘This Is Not An Album’ for FREE download. Stand out tracks are ‘Y R U Boastin’ featuring Ricko Capito and ‘Beef Starts’ featuring West Londons Theme. This is eight tracks of head nodding dopeness from start to finish dont sleep on this FREE download its SICK! Non Applicable is defintley one to keep an eye on.

feeds for this album, this artist 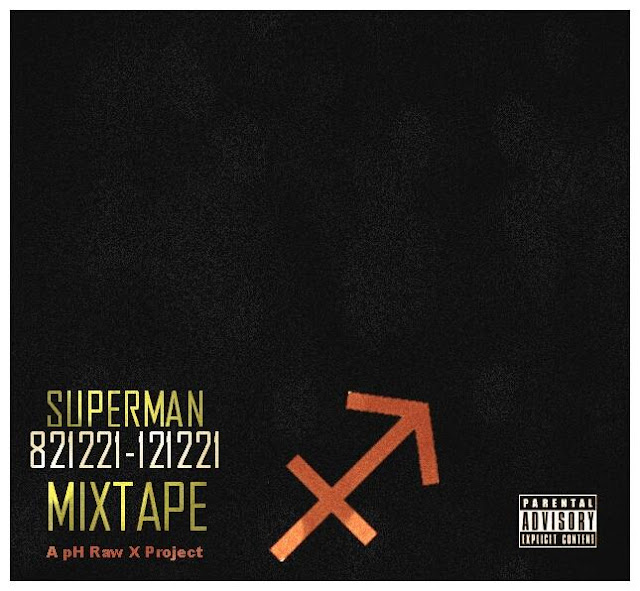 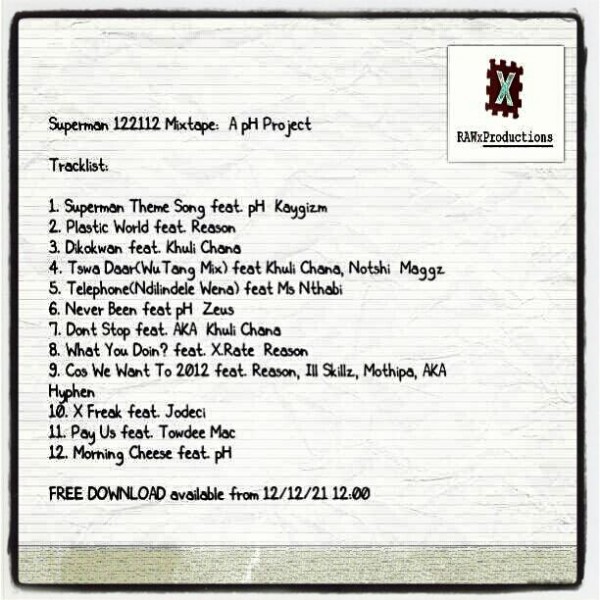 Heavyweight producer @pH_Superman (Khulichana, Ill Skillz) has just unleashed some end-of-the-world supremacy on us mere mortals. He is without doubt one of the best in the game when it comes to beats and overall production. Bump this really loud in your system.

By Deejay Afreeka At 9:14 No hay comentarios: 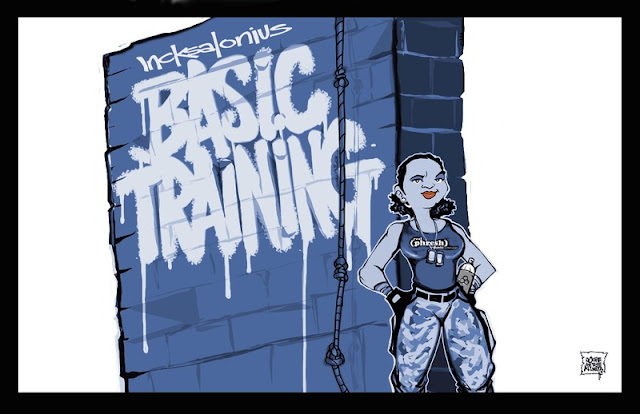 By Deejay Afreeka At 8:48 No hay comentarios: 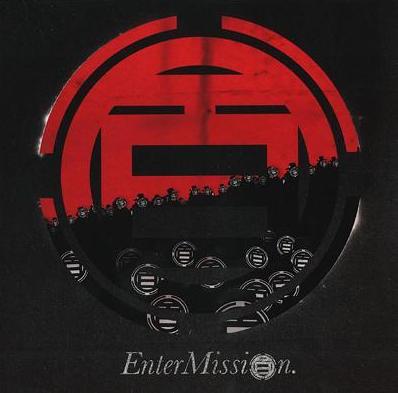 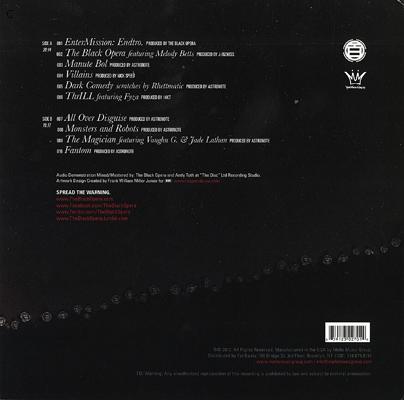 It is easily believed that the juxtaposition of the words "BLACK" and "OPERA" make no sense. WE are here to disprove that idea. The Black Opera has been created with the purpose of uniting opposing worlds and making perfect harmony through multi-genre artistic expressions. With members located in Atlanta, Chicago, Detroit, New York, Los Angeles, & Paris, WE don't claim just one place; WE take THE WORLD.

The Black Opera is a collective of Artistic Freedom Fighters, who openly & fluently express Creation through Music, Visual Art and Parables of Truth. WE are The Black Opera, a cast of characters narrating OUR perception of Timeless issues and Universal subjects that connect The Past, Present and Future.

Black is not a Cultural Reference, but rather Social; WE speak, play and daydream to the sounds of OUR hip-hop born Opera, hypnotizing the Eyes and Ears of peers with Demonstrations of Advanced Artistry. Black is not a an ethnic reference. Black represents the combination of ALL colors, races, creeds, ideas and concepts. WE are ONE.

WE are a counter cultural movement, with concepts of QUALITY, LONGEVITY, INNOVATION and TALENT as OUR driving forces. The Black Opera is everywhere, even at the hem of OUR world's most influential leaders. Think about it: Black is Infinite. Before YOU knew we existed, before YOU heard OUR Opera, the song had already been sung by generations of Advanced Black Ops who are now allowing US to carry the torch. Join in, feed into The.Black.Op.Era.

Source : http://www.undergroundhiphop.com
To Listen To de Cd Follow The Link

By Deejay Afreeka At 8:20 No hay comentarios:

Da Video Of The week : "Smile" first video from the Fusionists's Shared Vision album On Afrihooop

Dr. Mad's Story : First I did the drums. then got the sample. then chopped it. then sequence the beat. then Lavishh came up with a hook. then he wrote a 16. then Silex & Marley did the same. then we recorded. then we mixed. then the mastering. then the art cover. then the photo shooting. then the press release. then the manufacture. then the million phone calls. then radio interviews. then the rehearsals. then release party. then more radio interviews and more shows. then the storyboard for the video. then the shooting. then post-production. then the release party for the video. then youtube.
But like my man 'eQ' said: Drums First.
You right Lou, watching this whole process is the best feeling.
Shouts to The Fusionists (The talent) & Beto (The video!) TR3S (The engineer) & Vox Sambou (The man) Sarah Linhares (The organisation!)

And everybody who made this possible. I'm Super Sayen Humbled...

Smile, first video from the Fusionists's Shared Vision album.
The Fusionists is a group that came together through the Nobad Sound Studio, a community studio administered by Maison des Jeunes de la Cote-des-Neiges where daily free workshops on rap writing, beat-making and performance are offered. The studio is coordinated by Lou Piensa of Nomadic Massive and Docteur Mad of the Alaiz collective.

What makes you smile?

Link for the album:
http://studionbs.bandcamp.com/album/shared-vision

Umoja (prod. Oddisee) from "Home Is Where The Art Is" by Substantial 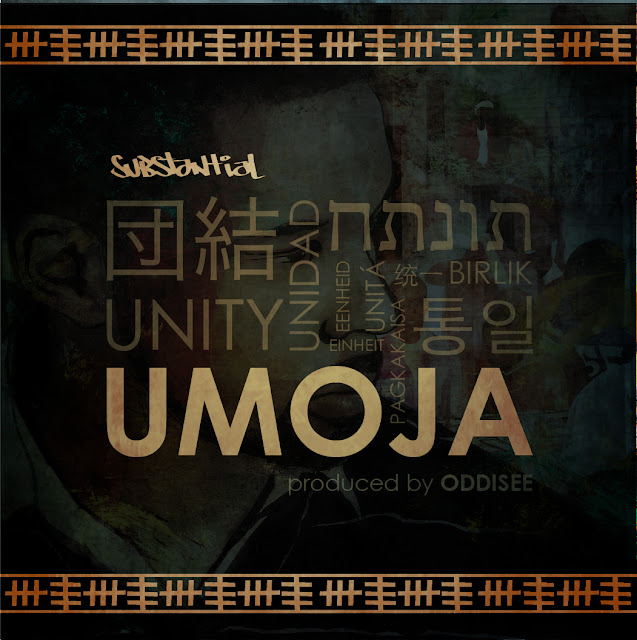 VERSE 1
Could've made a baby mom out of ya' but I figured wife was better
I wrote Eclipse for you instead of writing letters
You held down through my endeavors and in turn
We gained experience through rotten weather and we learned...
That above this fog is Cloud 9
Visibility's low but I don't let cloud mine
I see you... but this ain't Pandora
But fight for your man and you know he'll fight for ya'
But in the meantime... we keep Peace & Order
Plant food for thought and keep our seed watered
Like many before us we could play this solo
But we make a better chorus 'cause we make great music (together)
An imperfect harmony
Couple scars but we're durable like mahogany
And over the years it may crack and splinter
When it's colder that last year's winter but we hold it (together)
Like our lives depended on it
No fluff, built this with the proper components!
That's why...

VERSE 2
Uh-huh! What’s unity without family, right? Eh...
Pops in the cemetery, bro was in the military
Mom ain't got a mister and I got 5 sisters
Only two I'm not in contact with. No grudges,
Man I'm too old to be on that ish. Still love'em and
If you're listening I hope life's treating you well
And your thirst for success too strong for you to fail
Lesson learned from my fam, in fact
The very thing that helped me make it through hell and back
And I'm cool.
How fire gon' burn the sun? Don't be a fool
I learned what resilient meant because of you and (together)
We continue to make it through
Cancer, Mental Illness, Diabetes, and who...
Knows what else but I'll tell you what we can do
Raise our kids healthier and wiser but we gotta do it (together)
For Dillain, Octy, & Ren Ren
And all my little fam, a better future's within them... yeah!

VERSE 3
Yo...
I ain't even gotta know you to show you love
'Cause nowadays complete strangers could be your blood
So I treat everybody like a cous’ on a GP
Until your attitude switch from love to "bleep" me
Everybody and their mama from the street
But when it need improvements, they forget it completely
How you gonna make a child and not raise'em
Tell me, can you love your God and not praise him?
Same goes for your offspring or it fall on...
Me to make everything alright when it's all wrong
Call on me, we share a common enemy
Inner-turmoil from not knowing our true identity
Turn our backs on the exact ones we should bond with
I got your back young we need action to make progress (Together)
We can conquer any nonsense
Invest in one another and our people shall profit
Lets start it!

from Home Is Where The Art Is released 04 September 2012

feeds for this album, this artist
By Deejay Afreeka At 5:43 No hay comentarios: 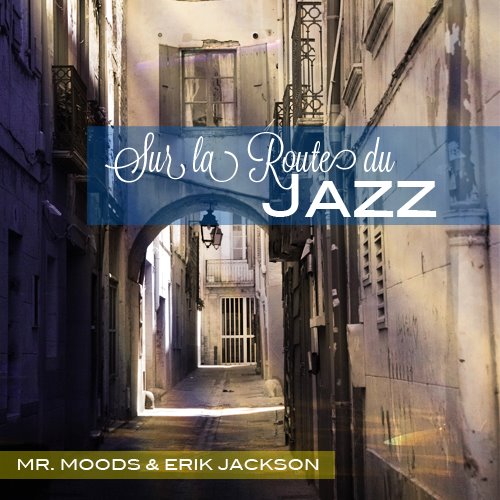 Dirty, Dusty, Jazzy, Soulful breaks. Enjoy.
This is a collaboration of live instruments and sampled sound;

feeds for this album, this artist

I am a beatmaker exploring lots of territories, always play with good or bad feelings at the same time, the moods are the building material for my songs.You never know what am i cooking.
Biographie
My name is Christian Denis and i'm from Canada. I make electronic music for a couple of years, building it with samples taken from old tracks in any kind of styles and added my own melodies and beats over them. Sampling is an art i compare it to a painting, with full of colours and textures. For me the music is a powerful medium to let go your emotions. If you carefully listen to my music you will know me...
Passions du groupe
Music and movies
Artistes que nous aimons aussi
Dday one, Vpd, Skipless, Boards of canada, Dj krush, Dj shadow, Dj Cam

By Deejay Afreeka At 5:18 No hay comentarios: 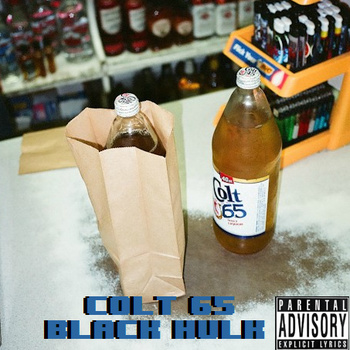 feeds for this album, this artist
By Deejay Afreeka At 4:48 No hay comentarios: 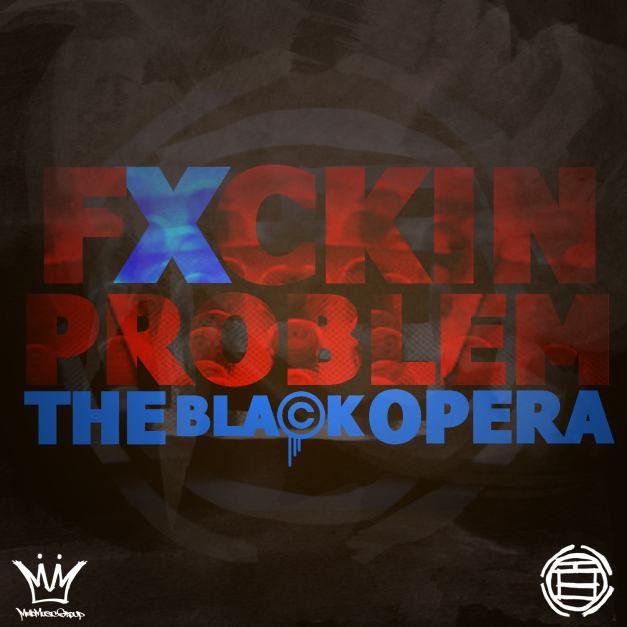 A MESSAGE FROM THE BLACK OPERA: In times like these, Dark Comedy is no laughing matter. So with all jokes aside, we wanted to put a satirical spin on A$AP Rocky’s “Fuckin’ Problem” in order to address current events and issues. Events and issues that include the school shooting in Connecticut, gun control, mental health, and America’s prescription drug addition amongst others. RIP to everyone that lost their lives in the Newtown, CT school shooting and the innocent lives lost everyday in these streets and around the world. 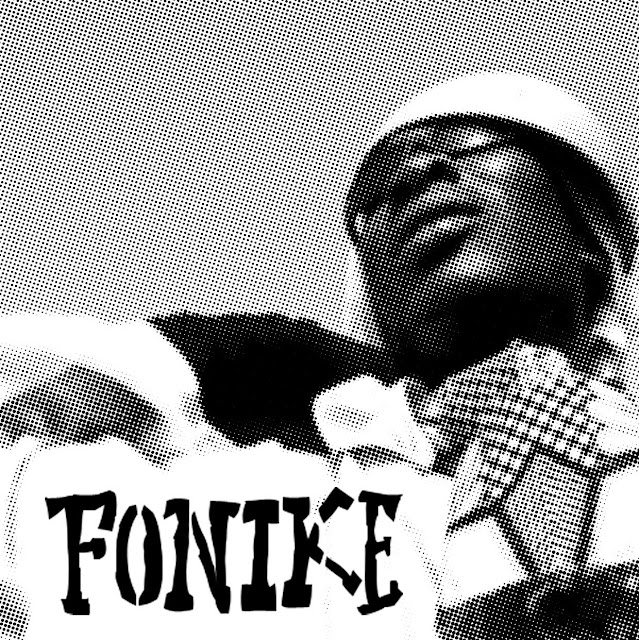 feeds for this album, this artist
By Deejay Afreeka At 2:09 No hay comentarios: 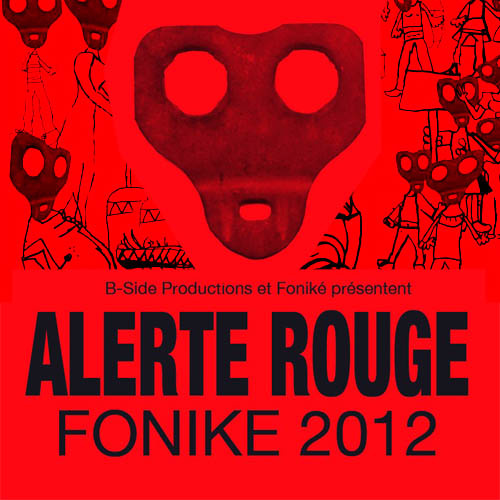 feeds for this album, this artist
By Deejay Afreeka At 1:55 No hay comentarios:

Stella Mwangi - Bad As I Wanna Be (Official Video) - Kenya

Directed, shot & Edited by: Christian Bastiansen (http://www.christianbastiansen.com)
Produced by Charles Mwangi & Tim Adeka
Special thanks to Michael Ray Vera Cruz Angeles (http://www.akam1k3.blogspot.no) and everyone involved in the process of making this video happen!

Management & Production: http://www.big-city.no
By Deejay Afreeka At 1:43 No hay comentarios:

Whiteman the Blacksoul - the Russian-speaking rap artist from Kazakhstan 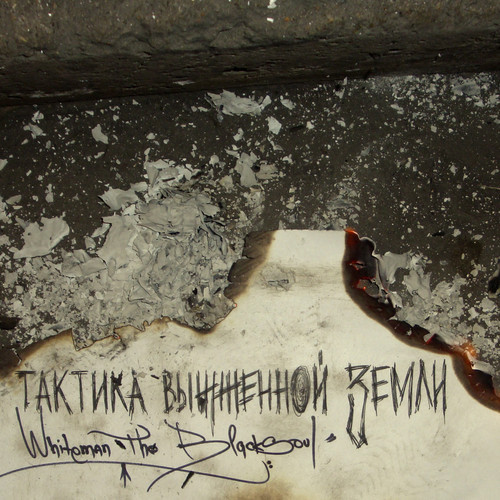 By Deejay Afreeka At 0:24 No hay comentarios: