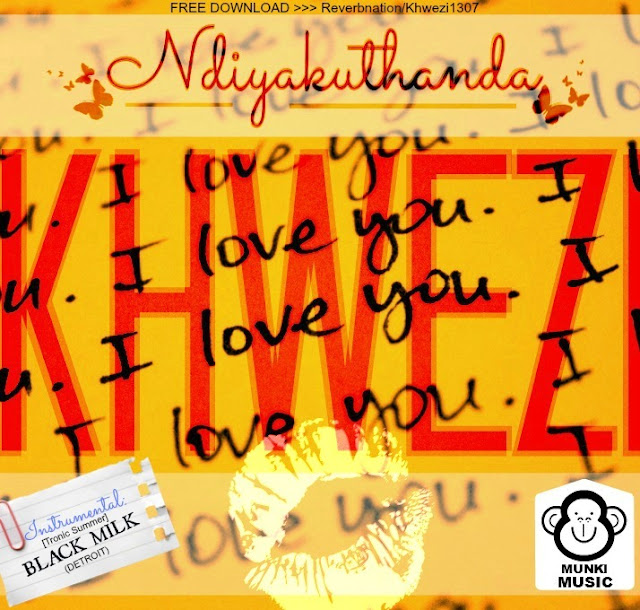 Born 13th July, 1984 at Princess Marina Hospital, to a Xhosa mother & Swati father,he was grew-up in Botswana’s capital, Gaborone. First year of high school was in Johannesburg, South Africa. Within the very same metropolis, Khwezi fell in love with the art of emceeing circa 1998. His means of expression were through writing thought-snippets in the form of poetry.

Khwezi recorded his first track in 2003 at P-Side studios with Gofaone ‘Goof’ Mapitse (Ramco) who produced it. His first performance was held that same year as a curtain raiser for Mista T, now known as Nomadic.

In 2004 Khwezi met up with the band Khoitrans, an ensemble comprised of Bonolo ‘B-Note’ Mogotsi, Moratiwa Molema, Myizer Matlhaku & Shafiek Kimmie. Along with aforementioned B-Note, Khwezi recorded his first single ‘Vatsey’ in 2005 at Swett Shoppe. The track features Moses Khumalo, a renowned jazz saxophonist who passed away in 2006. Due to managerial ineptitude, the recording deal with Swett Shoppe went sour in 2006.

2007 had Khwezi randomly recording at yet another studio, Madd Labb Productions with the likes of Illushen, D.O.G, King Ming & Buckshot. A tally of four tracks was the result.
Through Fishmaan, Khwezi was introduced to Mex of Mexyland Studios in 2008. Around the same time People of Religious Nature (P.O.R.N) was born, comprising of Ngozi Chukura, Phenyo ‘Shorti Bang’ Maswabi & Khwezi Nsibande.

Khwezi also got to know a team of American exchange students based at the University of Botswana. These were Daniel Schwarts (Photographer), Sebastian Modak (Djambe,Conga &Drums/Percusions) from Colombia, Raphael Verrazza (Keyboardist) from Mexico & Pat Arp (Bass Guitarist/Vocalist) from Texas. This ensemble formed the backup band for P.O.R.N, along with Zimbabwean natives Dominic ‘Mex’ Mandindo & Langa Khumalo as the sound engineers. The album Word Truth Fortune [W.T.F.] was recorded but never released. Due to the exchange students heading back to their respective countries & remnant P.O.R.N artists (Khwezi, Ngozi, Phenyo) having creative disputes, all this led to a split up.
In 2009 Khwezi set his attention on a solo project, which includes some tracks recorded with the band. He intends to release the tracks he did besides the P.O.R.N album, hopefully in later in the year as he has had to reconfigure the album several times to suit the genre of music that he does. Producers featured on the album are Mex, B-Note, Mark Sunners, Krafty, & Man-E. Behind the live tracks are Pat Arp (Bass Guitar/Vocals), Sebastian Modak (Drums/Djembe) & Raphael Varazza (Pianist). Recordings were made at Mexyland Studios, Altitude Sounds & XLT Productions.

Discography & Features:
Over the years, Khwezi has worked with some of the Botswana’s elite in the industry. These are some of the Album/Mixtape art covers and track listings:

2011 saw the release of Khwezi’s first Mixtape, Between the Lightyears, which is a collection of both album and mixtape material from various studio sessions. It features the likes of Kebuileng, Zuziwe, Mark Sunners, Konkrete, Samba-T, King Ming, Aether and SA-1. On production is none other, Bonolo ‘B-Note’ Mogotsi, Alias/Mark Sunners, K-9, Mex and Obizzy. Arranged and mastered at HeavenSent Studio’s and distributed/marketed by Lapologa Magazine.

2010 was the planned year of release for Khwezi’s solo effort since working with People of Religious Nature [P.O.R.N]. Starduzt features titans like Nomadic, Apollo Diablo and Bundu Lama to name a few with production from B-Note, Alias, Man-E and Mex. This album has not been released officially as the due date is yet to be announced.