Da Video Of The Week : All for Luga Flow by Bana Mutibwa (Uganda) 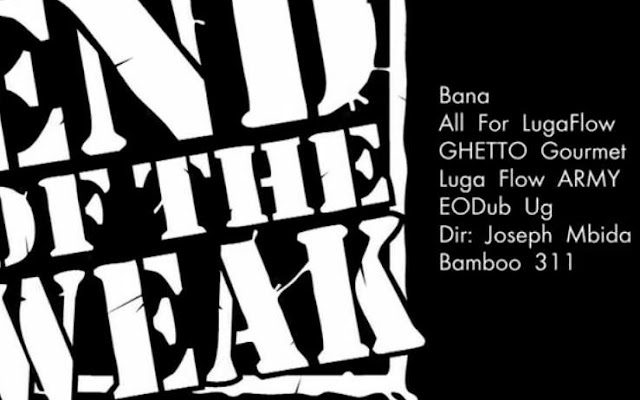 All For Luga Flow is another Ghetto Gourmet production. Bana Mutibwa expressing His Love For the movement that made him who he is. The Luga Flow Movement :- a term for UGANDAN HIP HOP, or rap in Languages. all for Luga Flow was produced and directed by Joseph Mbida from Ghetto Gourmet DENMARK.
Note| This is not a beef track.

Bana Mutibwa :
Born Walakira Richard in 1989 at St. Francis Hospital in Nsambya (Kampala), Bana is a Hip Hop activist who raps and talks for Hip Hop in Uganda. The Music and entertainment Young Achievers Award winner is also member of the Luga Flow Army, a rap group that fronts and protects the uniqueness of rapping and emceeing in local languages.

An ambassador of the Global End of the Weak in Uganda which is a Hip Hop culture improvement programme that is currently running the End of the Weak MC challenge across Uganda, he advocates for languages so he calls himself the Luga Flow Revolutionary Activist.