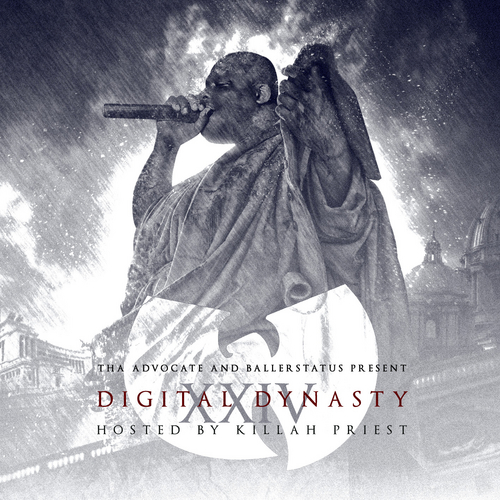 It's finally here: Digital Dynasty 24. Fresh off the release of his The Psychic World of Walter Reed LP, Killah Priest re-ups as host for the latest installment of the BallerStatus.com/Tha Advocate mixtape series. The new tape features nearly 50 tracks from up-and-coming artists around the world, as well as some cuts from established artists sprinkled throughout, including a handful of exclusives from Priest. "One thing about progression is being able to look back and see how far you traveled. Nearly half a decade into this Digital Dynasty sh**, it just keeps getting better," Advo says of the tape. "Not too mention having my long time homie, Killah Priest, host this one just added another level to the legacy. This volume right here is straight raw, underground, down in the basement in a cypher type of feel to it. This is so anti-industry it's not funny." Without further adieu, fans can download Digital Dynasty 24 now, via SendSpace.com, or DatPiff.com. Also, support Killah Priest by following him on Twitter @KillahPriest. And ordering The Psychic World of Walter Reed at PWOWR.com.