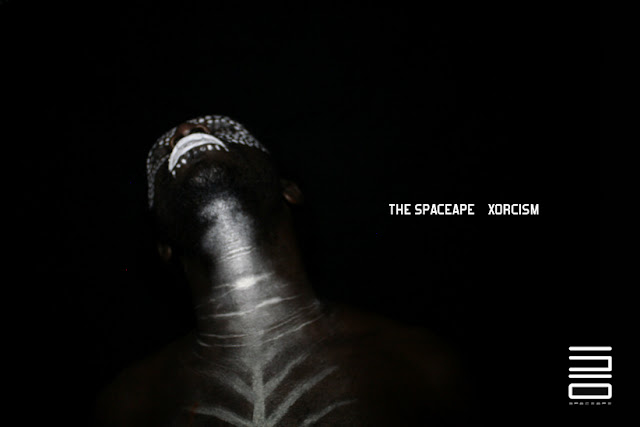 A vocalist, spoken-word poet, and live performer, The Spaceape's collaborations with electronic, dub and out of genre producers tell stories from the next dimension. With Kode9, the Spaceape released the seminal album Memories of the Future followed by the post-nuclear Black Sun in 2011.

Through a unique vocal style, The Spaceape has infected the productions of Burial, The Bug, Beat Pharmacy/Brendon Moeller, Martyn, Dub Gabriel and Junior Boys. The Spaceape's studio productions run in parallel to a dynamic live presence, performing a mix of powerful lyricism and furious energy throughout Europe and America.

I’m so terrified of losing you
I may be a prophet but I need a clue
I’ve walked the earth my feet dark with dust
Is there anything we can trust?

I’ve been dreaming of a wonderful life
Live in peace with a child and a beautiful wife
But life’s a liar baby, life’s a cheat
Making promises it cannot keep

I’ve seen the promise, man I’ve seen a light
Ive been breathing in my freedom after such a long fight
But I’ve been damaged by the damage done
Now I’m living out my life like I’m on the run

“This EP is free but that doesn’t mean it’s any less important – it is just built from samples of Voodoo Music and therefore unsellable.
Hyperdub have now shared the ‘Xorcism’ EP, which is built around samples of Haitian Voodoo Music, meaning it cannot be sold for commercial purposes.
Seven tracks. Seven stories. The Spaceape delves deep to release a set of tracks influenced by the spirit of Haitian music. The vibe is raw, chaotic, percussive and hypnotic. The Spaceape’s flow is fluid and lucid as he guides us through these short chapters.
The title, ‘Xorcism’, comes from The Spaceape’s (Stephen Samuel Gordon) ongoing experience of living with a rare form of cancer, Neurolymphamatosis for the last 3 years. This intense experience was behind the sonic fictions of bodily malfunction and radiation that surrounded The Spaceape’s collaboration with Kode9 on 2011’s ‘Black Sun’ album. Relisten to the lyrics to tracks such as ‘Black Smoke’, ‘Neon Red Sign’ and ‘The Cure’ and you’ll understand the context to this new batch of The Spaceape’s solo material. Whilst Stephen now feels able to open up about his condition through his music, treatment is still ongoing so you will understand this is still a sensitive matter.
All tracks are under 3 minutes. Everything that needs to be there is here and nothing more. The rattle of ‘On the Run’ fades up to tell a story of how life can deceive us, tricking us into thinking all is well in our world, until this appearance is shattered. ‘Your Angel Has Come’ is an argument with The Creator, as the thought of death becomes a reality. The sombre, beatless, spoken word of ‘Spirit of Change’ pictures a man in search of spiritual healing from the harshness of wind and rain, whilst ‘Palaces’ rages against a body that betrays. ‘He Gave His Body Over To Science’ details deranged medical experimentation, and ‘The Sound’ continues the theme of our uncertain future controlled by an unknown vibration. Finally, ‘Up in Flames’ rallies against man’s complacency in a world we inhabit so briefly.
To exhale is to breathe out. These vocalizations are an exhalation, a healing, and an exorcism of The Spaceape’s demons.