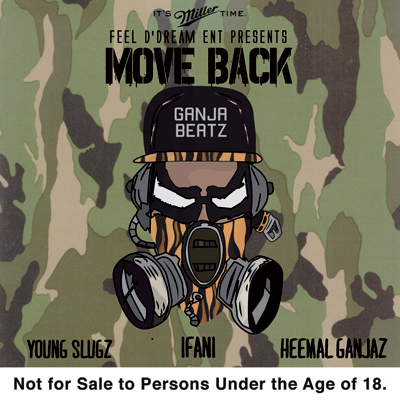 Young Slugz is a Zambian born rapper who was raised in both The United Kingdom and Botswana. This Mix of Cultures and experiences has influenced he’s rapping style and turned him into a truly unique artist.
In Botswana he was best known for his song “Young and Fresh” with Veezo, but now on a more mature time in his life, he has put a serious imprint in the minds of the people that are following him.
This year alone he dropped his 1st music video and major Party Single “FUNKY ft Zeus,Cassper and Heemal Ganjaz”, he has been featured on Cassper Nyovests 1st Single for his album, “Wahala”. He was on another song with DJ Capital ft Reason and Heemal Ganjaz titeld “SO CRAZY”.
As an artist Young Slugz has grown from a rapper to one of the most gifted, untapped musicians in South Africa and Africa as a whole. Currently signed to Feel d’Dream Entertainment, he has signed an Artist Management Deal only for the Botswana Region with the Marked Men Group promising major moves for the Talented Rapper.
“Move Back” is the 1st single off of the Feel d’DreamMixtape powered by Miller, a dope collabo feat Young Slugz, Ifani & Heemal G produced by GanjaBeatz. Get your #FD here
Source : http://www.heavywords.co.za