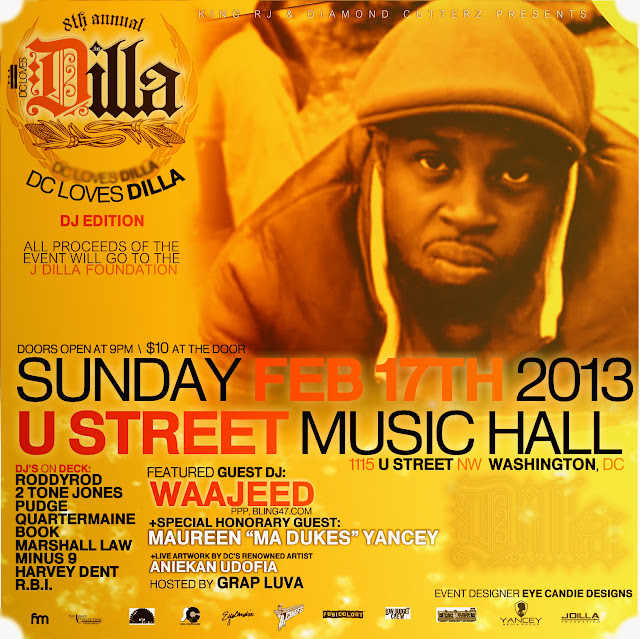 Each and every year a select few major cities across the country celebrate the life and musical legacy of the late James "Jay Dee/J Dilla" Yancey.  This year in DC we're going to turn it up a notch by having 10 DJ's on the lineup, including Detroit’s own Waajeed [founding member ofSlum Village & Platinum Pied Pipers].  Mrs. Maureen ‘Ma Dukes’ Yancey will be there as our honorary special guest, and Aniekan Udofia will be doing a live art installation throughout the night.  Last but certainly not least, the night will be hosted by the Soul Brother #2, Grap Luva.

Proceeds from the event will go to benefit the J Dilla Foundation for arts education and Lupus research.