Nomadic (Botswana) : Letter To My Countrymen Vol 2 On #FD 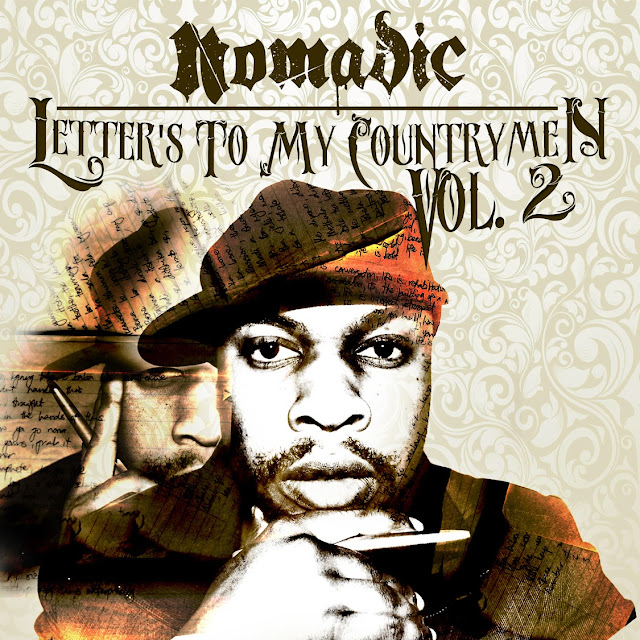 Nomadic formerly known as T, started his rap career in the mid 90's, and later becoming a member of the legendary P-Side crew. His inspiration into hip-hop was the way it brought words to life, and how awareness was cultivated through its social commentary and sharp witted lyrics.

We also saw the birth of Tswana rap from the Nomadic one, in tracks such as Malalaswii and Watagwan. At the time, a nappy headed reserved brother, he decided to release the now classic Soul Aqua lp, under P-Side records, fusing in it an eclectic sound, ranging from reggae, drum n base, soul, poetry and of course hip hop. His follow up was the Journal Trails compilation album released 09 January 09. He's on the Happy Hour album (Scar), Beat Premiers Main Event, The Bk Proctor Vol 1 Mixtape, Ultitude Sound Mixtape, All Kasi Fm Mixtape, Imbube Street Mixtape (S.A.), The Surrealists, Konkrete's Dekonstruction, Apollo Diablo's Rise Again Lp, but to name a few. Also a beat maker, we checked out his production on the acclaimed Andreattah lp, 1981 was a good year. He's currently working on his upcoming Nomadics Quest : A Travellers Journal album. Stay tuned for release dates.

Learn how to get your music heard at ReverbNation.com