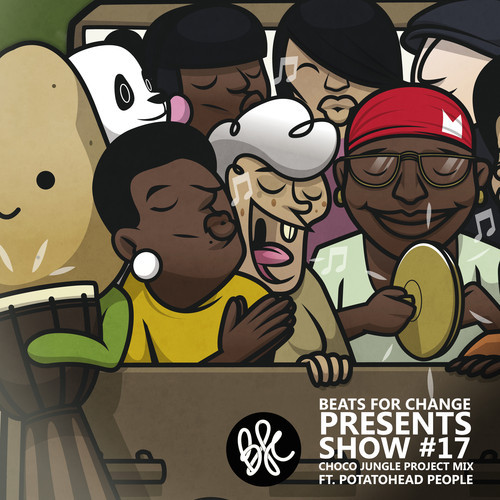 Worldwide music movement and label releasing soulful music and events
that help bring awareness to important social issues.
If you're an artist, musician, producer or creative that wants
to get involved with Beats for Change please email:
sam@beatsforchange.org


Here we go and welcome to Beats for Change’s mix show #17.

This time we’re dedicating the mix to the Choco Jungle Project which is a very cool music and social project, see this:

“In December of 2011, filmmaker Mathew Mulholland traveled into the Choco region of Colombia. The last strong hold of the Colombian civil war. The area is decimated by the cocaine trade – both jobs and prospects are scarce. Here he met and befriended 10 Afro-Colombian funeral singers. Some of the last of their kind in the world. After some negotiation, he was able to record the women singing 14 original songs they had written, in a small hut meters from the ocean. Upon returning to Canada, the recordings were eventually signed by Yoruba Records, and are currently in the process of being released, with album proceeds returned to the women of the group.”

We also have a very special guest mix at the end of dj zeida’s mix by the Potatohead people who are the beat making team of Nick Wisdom and Astrological based back and forth between Vancouver, BC and Montreal, they dropped some very nice musical gems on us, hope you enjoy and please do spread the word!

You can also find all our previous shows and track listings over at www.Mixcloud.com/BeatsforChange