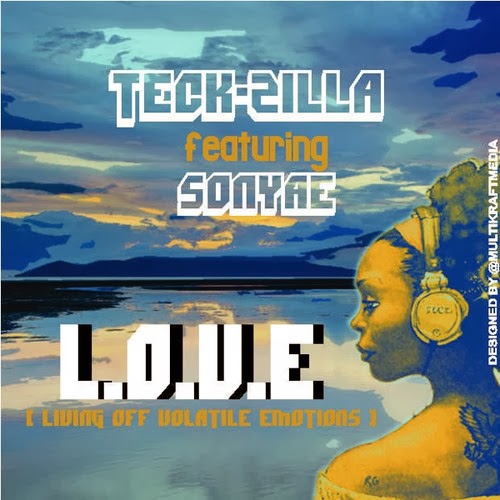 Okayafrica World Premiere: bit.ly/1fuoyVZ
After promoting the previously released "Super Human" featuring Canibus, Modenine, and Mark Deez, the Nigerian-born, Montreal-based beat smith Teck-Zilla has returned to spread "L.O.V.E". Featuring Sonyae, the Raleigh, NC based lyricist expands upon the tracks acronym 'Living Off Volatile Emotions,' a concept that Teck-Zilla spawned during his university days as a budding emcee, prior to his transition into becoming a producer. "L.O.V.E." is the final leak off Teck-Zilla's forthcoming compilation album 'Audio Chemistry: 1st Period' set to drop later this year. The compilation is set to include additional guest features from Big Rapper Pooh, The Fusionists, Emily Coy, King K.O.N.G. and Hua Li.