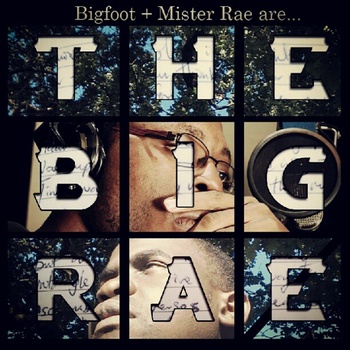 The story of "The Big Rae" began weirdly as a couple naked acapellas made their way from the blistering cold of a London winter to the sweltering heat of Lagos in the belly of an unreliable hard-disk in 2010; an immigrants journey in reverse.

In the hands of genre-defying producer Bigfoot (of Micworx Music), Mister Rae's (of Str8 Buttah) orphan vocals lost to their humble boom-bap beginnings, were clothed in haunting strings, melancholy keys and victorious synths and rode out into the world on banging percussion. While the message remained the same - honest lyrics on life, love and loss - the music gave it new urgency. First, in the form of "Brittany Murphy" released online in late 2011 and now finally with the EP as a whole.

Expect The Big Rae to get bigger and better with another EP expected before the year is up and a full length album in 2013. You are officially welcome to join The Big Rae's voyage. As every proverbial journey begins, what you are about to listen to now is that humble first step.