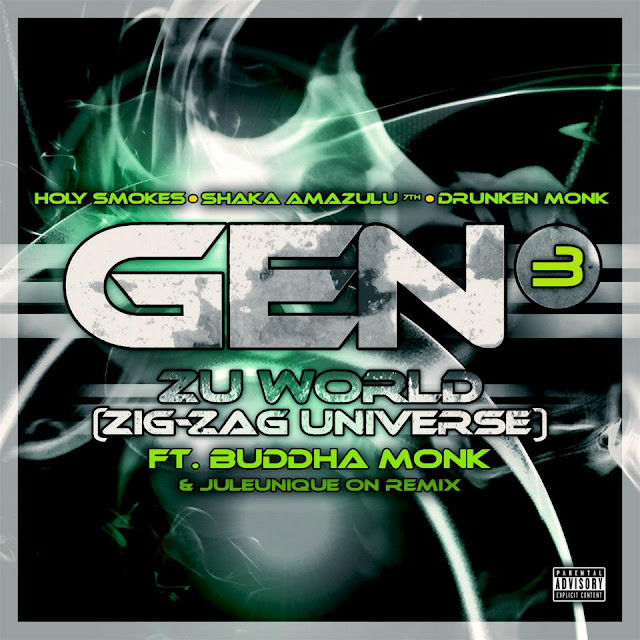 First single from Gen³, a superhero comic collective of 2 MC's and a producer featuring Wu-Tang affiliate Holy Smokes from Ancient C.O.I.N.S, Shaka Amazulu The 7h and producer Drunken Monk.
The single released on ODB's death date features Brooklyn Zu's Buddha Monk as a tribute to the great ODB and Juleunique from the West coast adds on the remix
http://www.cdbaby.com/cd/zigzaguniverse
https://itunes.apple.com/us/album/zig-zag-universe-zu-world