Muthoni "The Drummer Queen" On Afrihooop 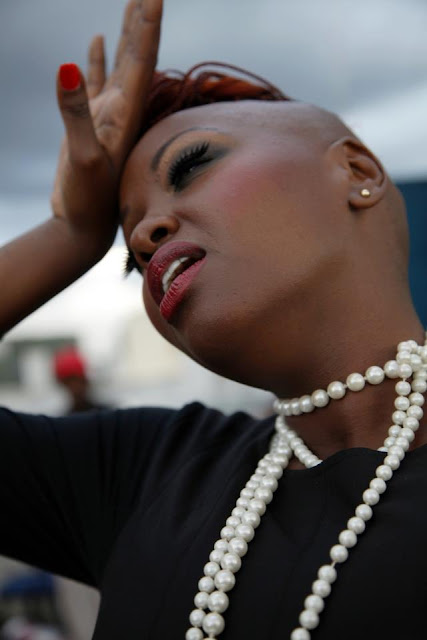 In addition to numerous performances, collaborative experiences and experiments, find listed below notable milestones of The Drummer Queen's music work experience so far

Bring the noise : A collaborative mash-up project by the British Council blending african artists and UK artists and Producers
http://www.youtube.com/watch?v=iJ67YNwAXWU&feature=email
http://www.britishcouncil.org/arts-music-what-we-do.htm
Date : September 2007 - March 2008
Descripción
In her previous lives, the girl currently known as Muthoni Ndonga aka "The Drummer Queen" was among other things the head of Shaka Zulu's harem , a cunning street urchin who converted into a renown mystic healer in current day Armenia, a polar bear, a Chinese dumpling maker and a fierce General under Napoleon. Her adventures run concurrently with the 300 wars, the invention of the envelope and the discovery of whiskey. In this life, Muthoni Ndonga is a living breathing singer of the hero variety.

This embodiment of talent is a songwriter-flow-poet by night and creative-social entrepreneur by day. She is the founder & CEO of Blankets & Wine which is East Africa's premiere music experience. Blankets & Wine is a monthly picnic-style family friendly music festival showcasing emerging genres of Urban-African music

When she trans-nights between sleeping, waking, eating and breathing, she brandishes her sticks as, (**insert victorious sounding horns**) THE DRUMMERQUEEN (DQ). Since 2012, MDQ has embodied an element of persona-the rapper and you'll find her singing off all her music under #BayssLady