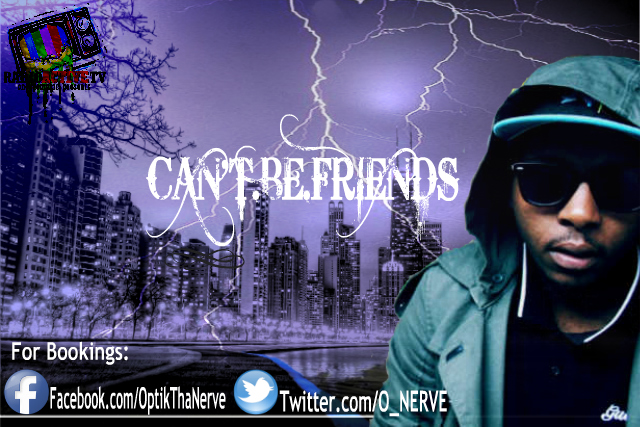 My name is Optik Tha Nerve and i hail from 'South Africa, Eastern Cape'

I am an independent artist who has been a musician for nearly 12 years and still grinding. I really love music, its my whole life.

Here is my independent music video titled "Can't Be Friends" taken off my #2012eXplosion Mixtape which was dropped early last year. this is the final video off the mixtape as ill be releasing something new and hotter later this year. My latest video was released only just yesterday 15.05.2013

23 year old born in Pe but bread in the city of Grahamstown Eastern Cape
Biographie
Optik Tha Nerve an independent hip hop artist from the eastern cape. Been a hip hop artist for more or less ten years and still going strong, schedualed to release hes dubut project in 2010 - 2011 he has been growing from strided to strided.
Description
Hard working indiviual with a passion for music, looking to create a name for himself locally and internationally through music. Particularly hip-hop music. Been at if for nearly ten years and still going. Believes in God, love and honor.
Passions du groupe
Success, recognition, wealth and easy living