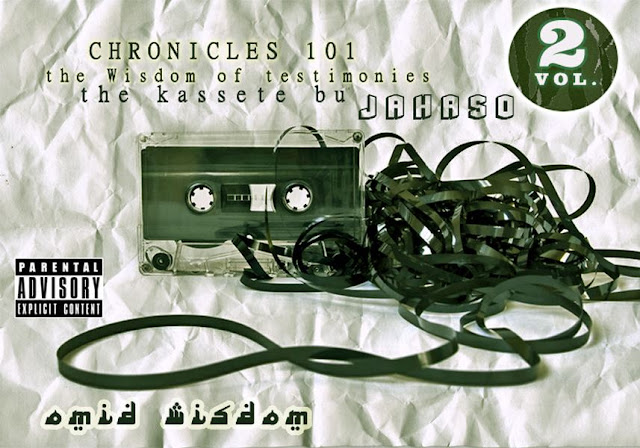 Omid Wisdom began feeling a sense of belonging as well as questioning his identity in what many would call the Hip Hop Generation or some others might choose to term Generation XX at an early age. By the eighth grade he had just began to develop a passion for 'spitting', and writing, which growing in, led to him being recognized as an above average emcee that delivered every time the microphone was in his hand. La Cosa 'Sunnu Allel' Nostra, a movement he is known to have affiliations with consisting of other emcees, each of multicultural individuality and a day to day understanding of this universal language, have a wide array of songs – mix tapes, albums, compilations on the streets of Africa to abroad with Omid Wisdom featuring on almost each and every one of those mixtapes, albums and compilations.He also featured on The 2005 Afrolution compilation alongside Smokedoctor, Hakim from the former The Boys alongside artist like Metaphysics, Omzo, Wawesh, X Plastaz just to name a few.

Omid wisdom had also been paying his dues by also supporting this Universal Language through a radio show he had been hosting called Chronicles 101: The Wisdom of Testimonies by giving himself and fellow hip hoppers a voice in a somewhat environment that is susceptible to mainstream media, which has been channeled towards outdoor shows called From the streets to the club and upcoming projects, Chronicles 101: the Wisdom Of Testimonies, the Kassette Bu Jahaso recently released solo effort consisting of volume 1 and 2.

Chronicles 101: the Wisdom Of Testimonies, the Kassette Bu Jahaso Vol 3 and Volume 4 already in the works preceding his album XXKKX the E.p.

On the lighter side of things he is also an inspiring graffiti artist, beat boxer and producer most likely to fuse rich African culture with modern day music..

'A Beautiful song' is like a 'beautiful young woman'.

Just like a 'beautiful woman' is lovely to become...

'A Beautiful song' is hard to unbecome..

Just like a 'strong young man' is hard to become..

A 'sad story' is lovely to unbecome.