The Dri Fish A.K.A. Femi Lawal On Afrihooop 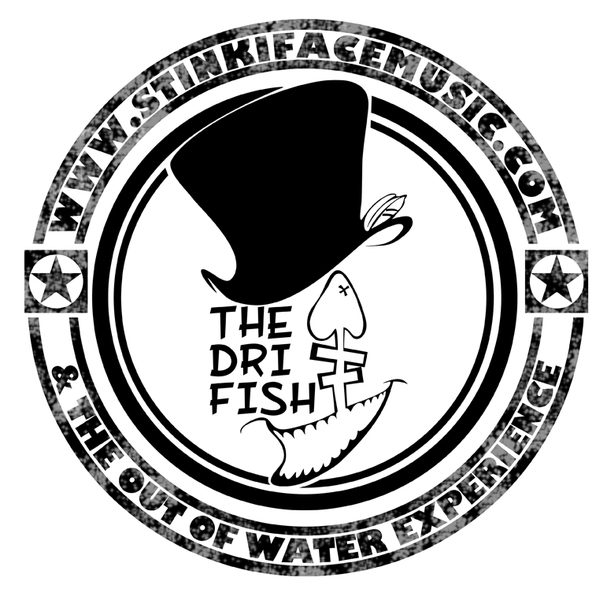 The Dri Fish, A.K.A. Femi Lawal, is an English-born Nigerian who has mastered both the rap/hip hop and spoken word performance art forms. He has created a style all his own that incorporates highly charged vocals, skillful wordplay, and live musicians whose natural gifts are only enhanced by The Dri Fish’s creative energy. With so much talent in place, The Dri Fish would be limiting himself if he stuck to any one genre of music exclusively, so he doesn’t.
The Dri Fish has been a professional performance artist for over twelve years, honing his audacious lyrical skills and intense stage presence at venues across the country, ranging from private parties and nightclubs to college campuses. The Dri Fish’s journey as a performer has included serving as one the lead lyricists for the hip hop-meets-spoken word band The 5th L. As part of The 5th L, he has performed on BET's Lyric Cafe' and shared stages with artists such as Musiq Soulchild, Saul Williams, Ursula Rucker, Raheem DeVaughn, Bill Cosby, and KRS One. Femi The DriFish & The Out of Water eXperience was also 98 Rocks (97.9fm Baltimore) band of the month for the month of July 2012.
The Dri Fish is also actively involved in using his talents to serve his community – he participates in programs designed to introduce creative writing to students, and facilitates a violence intervention program at The University of Maryland Shock Trauma Center (VIP).
Femi The DriFish currently tours with his band, The Out Of  Water experience, a progressive Hip-Hop-Alternative Rock band with a poetic twist. The DriFish’s animated style matched by the band’s over the top energetic musical talents capture crowds at their live shows. With two albums out, “The Clown With No Circus” & “Mad As A Hatter” (both can be located & downloaded on itunes), 3 music video and lots of footage available on youtube, this is the band brings artistry, entertainment and the best of times to any stage at any time.
For booking please contact, thedrifish@5thL.com

Is The Clown with no circus, The out of water experience, The Broke ass byrd, The Black blow Pop, The Light Skin Sydney Poitier future ruler of the earth and been annoying citizens of the planet since before my birth.

"If you attempt suicide and survive, keep trying; because life is not worth living if you can't reach your goals"
by me
By Deejay Afreeka At 0:08