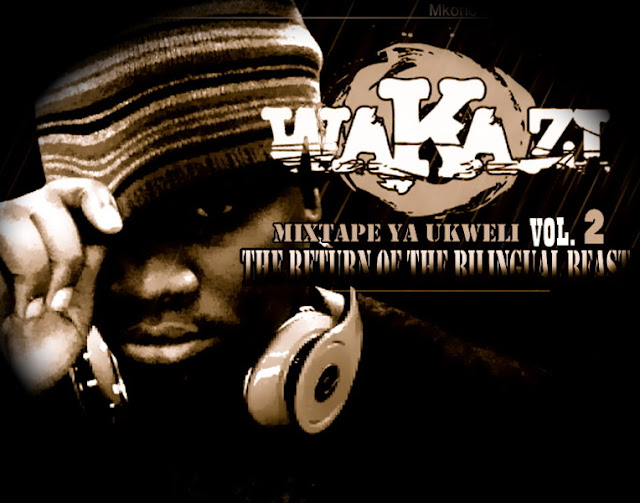 Wakazi a.k.a Swagga Bovu was born Webiro Noel Wassira in December 27, 1982. He became a fan of Hip Hop music at a very young age influenced by his older brothers who used to play records in his presence as he recalls. Fast forward to his high school days, the love of Music didn’t stop especially after meeting and making new friends with whom he shared the affection for hip hop and there came the Wu Tang era. He and his friends became addicted to Wu Tang so much that even their nicknames were imitating the Clan’s names.

He became very popular in school with his performances during concerts. Back to the neighborhood he grew up in, Stakishari Ukonga, things were not so different. He befriended other youngsters who had a rap crew called ‘The Red Scouts” with members like Black Messenger, Black Moran and Tariq the Rebel. With his neighborhood pride and support of his crew he started writing his own lyrics. It was a big challenge to him since he would subconsciously bite other rappers materials but the biggest challenge was to write in Swahili since he was so used to rhyming in English.

One time after meeting and impressing DJ Steve B (Skillz) of clouds FM, he arranged for him together with other aspiring rappers, LANGA and Sage whom Wakazi already knew and went to school with coincidentally, to go to Bongo Records studios and meet with P Funk a.k.a Majani. The encounter was not as productive as he would have liked but it was definitely what he calls the beginning of the endless.

After departing Dar es Salaam for the United States, as soon as he landed in the so called the land of opportunity, Wakazi knew he had an unfinished business and no matter how long it takes, he has to get it done. That being said, I am glad to present to you, Wakazi a.k.a Swagga Bovu.
Wakazi Official Myspace
Wakazi On Reverbnation
Wakazi On Youtube
Wakazi On Facebook
Wakazi On My True Spot