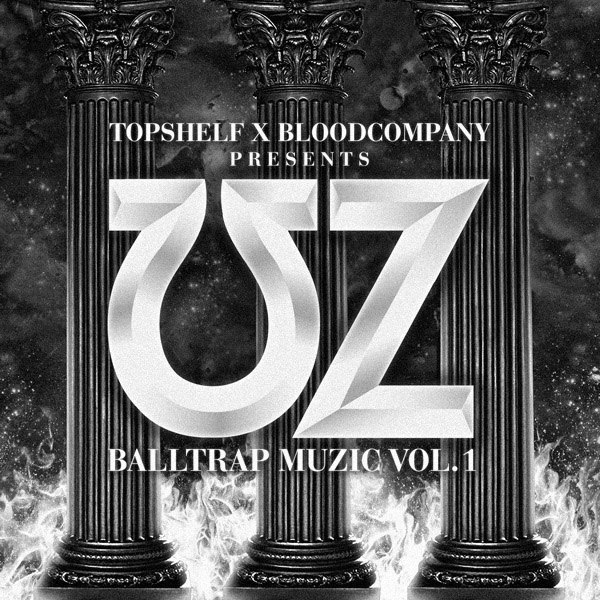 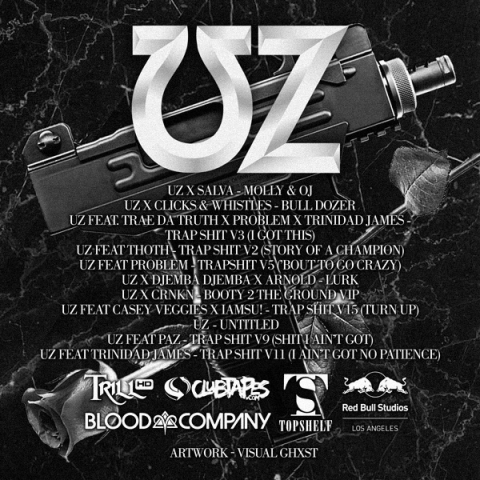 The mysterious UZ surfaced in 2012 with his amazing Trap Shit series. Immediately gaining attention and praise from tastemakers and top record labels, he dropped records on Mad Decent, OWSLA, BNR, Mau5trap, and SMOG, all within months of his first releases. Though the details of his personal identity are unknown, his productions and style have a life of their own. His sounds are minimal, yet powerful, with a menacing intensity, maturity, and restraint. He is more than a sound, or a mask, and can only be described as one thing: UZ

Truly an enigma of the EDM world, ƱZ stands tall as one of the most creative and prolific DJs in the biz. ƱZ is one of the lords of the emerging trap takeover, an incognito producer who has been unleashing crazy beats on unsuspecting ears for the past two years. Always ahead of the curve, ƱZ’s “real trap shit” is a step above the rest.
The question on the minds of most trapaholics is: “Who is this masked homie?” ƱZ’s identity may be the best-kept secret in electronic music circles to date. To add to the confusion, a wave of artists and celebrities — in something of an “I am Spartacus” moment — have claimed the moniker for themselves, from Dave Nada to AC Slater to Jessie Andrews. Effectively we’re all a bit ƱZ; he can be whomever we want him to be. Also, his mask puts him the the running for sweetest stage gimmick, alongside MSTRKRFT and the afro-sporting dude from LMFAO.
Never lost in the mystery and controversy surrounding ƱZ is the fact that the producer has steadily released a series of non-stop bangers. ƱZ’s soundcloud page has become a major stop for fans and peers alike. Tracks such as the classic “ŤɌ∆Ҏ ᶊῌῗ† √6″ and his remix of Foreign Beggars’ “Goon Bags” showcase ƱZ’s ability to expertly manipulate the trap format into a tense, haunting vehicle for creeping melodies and dark atmospheres.
Whether concocting beats in the studio or bringing his unique brand of tricked-out trap to stages across the country – from Webster Hall in NYC to the Palladium in Hollywood – ƱZ is poised to carry out a scene-wide coup de trap.