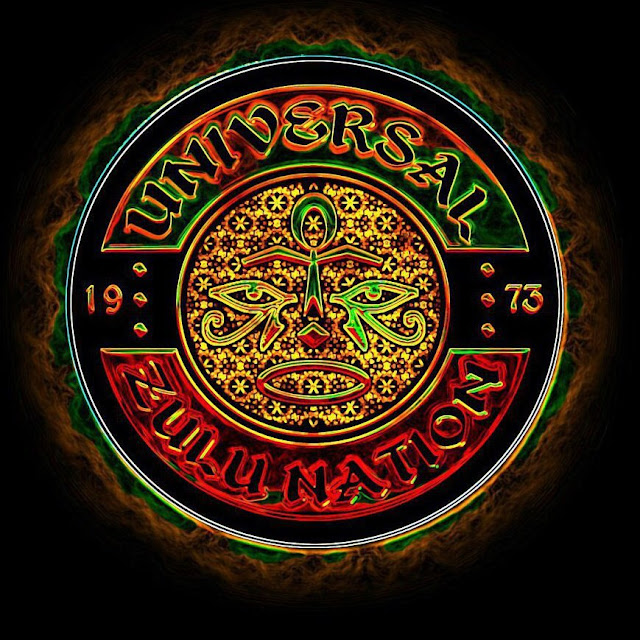 WHAT WE BELIEVE: We respect all planets as living entities in our Universe(s). If respect is not given to any planets, then the wrath of the Supreme Force will bring all types of Hell to your planet(s). All Gods of all religions lead up to the Supreme Force, The All. Although we are strong believers in the culture of Hip Hop, we realize that this is a real world, with real problems and real solutions. We strive to do our best to uplift ourselves first, and then show fallen humanity how to uplift themselves and others mentally, spiritually, physically, economically and socially. We believe that racism and hate are trying to rule the lives of Human Beings on this Planet so-called Earth and that only belief in the Supreme One and truth will destroy this disease called racism and hate. Universal Zulu Nation c/o Post Office Box 510 Keskeskeck (Bronx Territory) (New York Republic) Postal Zone 75; Non - Domestic [Zip Exempt” per DMM 122.32] united states America Republic Phone: 718-303-4375 Email: zulus@zulunation.com zulustaff@earthlink.net http://www.zulunation.com PEACE! Calling All Races, Nationalities, & Human Beings on this Great Planet so-called Earth & Beyond! All people on the planet should Communicate, Teach, Learn and Work with each other to raise the consciousness of all Human Beings on this great planet so-called Earth. Our Roots The Universal Zulu Nation (UZN) is the founding family of Hip Hop. It is an international grassroots community-based organization that was started by a young student named Afrika Bambaataa in the Bronx borough of New York City in 1973 to empower communities by uniting the artistic elements of Hip Hop. Today the Universal Zulu Nation teaches Factology vs. belief, deals with World History, Global Constitutional Rights and International Law, Kemetic Moorish Science, Right Knowledge, Right Wisdom and Right Understanding that we can Innerstand and Overstand with Sound Right Reasoning. Our Mission Educate, develop and improve the present states of mind of adults and youth around the world. Spread our message of love, truth, peace, freedom and justice. Preserve the culture of Hip Hop and all art forms created from it and to use all styles of music, dance, written and visual art as mediums for cultural exchange, understanding, innerstanding and overstanding Provide a safe haven to for adults and youth around the world. Our Purpose UZN’s purpose is to raise social awareness, higher levels of consciousness and spirituality with ourselves and the Universe(s), through forms of expression as a positive outlet for all, also providing a forum for them to air grievances and settle disputes in a non-violent manner. UZN teaches Knowledge, Wisdom, Understanding and Innerstanding for Overstanding through various documents called 'Infinity Lessons" (Truth is Truth, Facts are Facts). The organization is fundamental to the continuance of Hip Hop as a universal culture that transcends all the boundaries of race, age, beliefs, sex, locality, and social status. UZN supports activism for positive change & a better life for all beings on this planet so-called Earth and beyond through various means. Our mission to preserve and elevate Hip Hop culture within communities succeeds as chapters continue to develop across all continents. The Universal Zulu Nation stands for: Knowledge, Wisdom, Understanding, Freedom, Justice, Equality, Peace, Unity, Love, Respect, Work, Fun, Overcoming the Negative to the Positive, Economics, Mathematics, Science, Life, Truth, Facts, Faith, and the Oneness of the Supreme Force!